The Science of the Constitution: The Supreme Court & a Practice of Disagreement 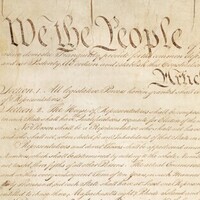 This event will held in person in Filene Auditorium (and NOT in Rocky 003 as previously listed) and will also be livestreamed at : https://dartgo.org/constitutionday
Co-Sponsored with the Dartmouth Political Union.

Speaker Bio:
Sonu Bedi has been teaching at Dartmouth since January 2007. He is the author of four books: Private Racism (Cambridge University Press 2019), Rejecting Rights (Cambridge University Press: 2009), Beyond Race, Sex, and Sexual Orientation: Legal Equality without Identity (Cambridge University Press: 2013), and Political Contingency (NYU Press: 2007) (co-editor). He has published articles in leading peer reviewed journals in political science and political theory as well in numerous law reviews. He was awarded the Jerome Goldstein Award for Distinguished Teaching twice, chosen by a vote of the class of 2014 and the class of 2017. His research interests are in the areas of contemporary political theory, constitutional law and theory, and race, law and identity.

Host Bio:
Julie Rose is an Associate Professor in the Department of Government at Dartmouth College. Her primary area of research and teaching is contemporary political philosophy, with a focus on questions of economic justice. Her first book, Free Time, argues that all citizens are entitled as a matter of justice to fair shares of free time. She is currently writing a second book on justice and economic growth, provisionally titled The Ends of Growth. She teaches courses on Political Ideas, Ethics and Public Policy, Ethics, Economics, and the Environment, the Ethics of the Family, and Justice and Work.

Events are free and open to the public unless otherwise noted.