Roger S. Aaron '64 a longtime partner at the law firm Skadden, Arps, Slate, Meagher & Flom helped orchestrate some of the biggest mergers of the past several decades, notably the unions of Exxon and Mobil and Alcatel and Lucent. Throughout his career as a top adviser to the country's biggest corporations, including General Motors and Time Warner — Mr. Aaron cemented a reputation as a trusted adviser to blue-chip companies. Along the way, he built one of the industry's top merger practices. 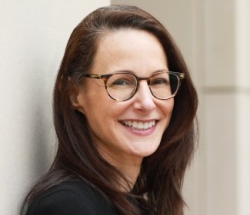 Danielle Citron is the Jefferson Scholars Foundation Schenck Distinguished Professor in Law and Caddell and Chapman Professor of Law at UVA, where she writes and teaches about privacy, free expression and civil rights. Her scholarship and advocacy have been recognized nationally and internationally. In 2019, Citron was named a MacArthur Fellow based on her work on cyberstalking and intimate privacy. In 2018, she received the UMD Champion of Excellence award and in 2015, the United Kingdom's Prospect Magazine named her one of the Top 50 World Thinkers and The Daily Record named her one of the Top 50 Most Influential Marylanders. She serves as the inaugural director of the school's LawTech Center, which focuses on pressing questions in law and technology.

Her latest book, "The Fight for Privacy: Protecting Dignity, Identity, and Love in the Digital Age" (W.W. Norton and Penguin Vintage UK), will be the focus of her lecture in May, 2023.

Technology that Reads Minds: Understanding the Ethical and Legal Implications of Artificial Intelligence 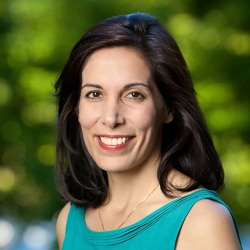 At the intersection of neuroscience and artificial intelligence lies a wealth of opportunity for business, labour, and society at large. Yet along with progress comes a host of ethical dilemmas. As a leading scholar and neuro-ethicist who has advised the United States Congress, NITA FARAHANY '98 considers what our neurological information is worth, and the  implications of making it available to corporations, workplaces, and government.

You're driving home after a long day, desperate to stay awake. Suddenly, a mild zap from your headrest bolts you upright, alert. You're safe—no caffeine required. This kind of revolutionary device is already in action, says Nita Farahany, and they're only getting more sophisticated. The Founding Director of Duke Science & Society, Chair of the Duke MA in Bioethics & Science Policy, and principal investigator of SLAPLAB, Farahany is at the forefront of the technology and ethics of wearable devices that use our biological and neurological data. Like devices that inform people with epilepsy when they're about to have a seizure, these "mind-reading" technologies will change everything from medicine, to marketing, to the processes of justice, to entertainment. The same zap that can save a drowsy driver can also be used in the workplace to increase safety measures; an EEG headset can tell businesses whether their customers reallylove what they're looking at—as IKEA did recently. With the possibility of us all becoming almost supernaturally legible, Farahany leads audiences on an optimistic, but cautionary, tour through the future of the technologies that can read our brain data as they would a Google Map, including how employers must build employee trust when adopting new technologies in the workplace. If we want to make the most of it, says Farahany, transparency is vital.

Farahany is a frequent commentator for national media and radio shows and has presented her work to audiences like the World Economic Forum, Aspen Ideas Festival, TED, the US Congress, and more. She is frequently cited by publications and programs like The New York Times, The Washington Post, NPR, BBC, CBS News, and more. Farahany also appears in the documentary I Am Human, which had its world premiere at the Tribeca Film Festival. President Obama also appointed Farahany to the Presidential Commission for the Study of Bioethical Issues, where she served for seven years. She is the President-Elect and a  Board member of the International Neuroethics Society, and co-founder and co-editor-in-chief andof the Journal of Law and the Biosciences. Farahany received her AB in genetics, cell, and developmental biology at Dartmouth College, a JD and MA from Duke University, as well as a PhD in philosophy. She also holds an ALM in biology from Harvard University. Previously, Farahany was the Leah Kaplan Visiting Professor of Human Rights at Stanford Law School.

Preserving Democracy in the (Dis)information Age 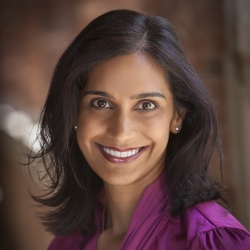 Asha Rangappa is Director of admissions and a senior lecturer at the Yale Jackson Institute for Global Affairs, where she teaches National Security Law and related courses. Asha graduated from the Woodrow Wilson School of Public and International Affairs at Princeton University in 1996, and from Yale Law School in 2000. In between, she was a Fulbright Scholar in Bogota, Colombia, where she studied Colombian constitutional reform and its impact on U.S. drug policy in the region. Following law school Asha served as a law clerk for the Honorable Juan R. Torruella, U.S. Court of Appeals for the First Circuit in San Juan, Puerto Rico. She then joined the Federal Bureau of Investigation as a Special Agent, specializing in counterintelligence investigations in New York City from 2002 until 2005. Prior to joining Jackson, Asha was Associate Dean at Yale Law School.  Watch the lecture HERE with your Dartmouth ID.

Richard Painter, November, 2017, Conflicts of Interest and the Constitution

Richard W. Painter is a Professor of Corporate Law at the University of Minnesota Twin Cities. He was the chief White House ethics lawyer in the George W. Bush administration from 2005–2007.  He is the vice-chairman of Citizens for Responsibility and Ethics in Washington (CREW). Since January 2017, he has been involved in the CREW lawsuit against President Donald Trump (CREW v. Trump). The suit alleges that Trump is in violation of the U.S. Constitution's emoluments clause, due to his refusal to sell assets and put others in a blind trust.  Watch the lecture.

Neal Katyal, the former Acting Solicitor General of the United States, focuses on appellate and complex litigation. He has extensive experience in matters of patent, securities, criminal, employment, and constitutional law. Neal has orally argued 28 cases before the Supreme Court of the United States, with 26 of them in the last seven years. At the age of 46, he has already argued more cases in U.S. history than has any racial minority attorney with the exception of Thurgood Marshall. As Acting Solicitor General, Katyal was responsible for representing the federal government of the United States in all appellate matters before the U.S. Supreme Court and the Courts of Appeals throughout the nation. Watch the lecture.

Akhil Reed Amar is the Sterling Professor of Law and Political Science at Yale University, where he teaches constitutional law at both Yale College and Yale Law School. He is the author of several books, including The Constitution and Criminal Procedure: First Principles, The Bill of Rights: Creation and Reconstruction, America's Constitution: A Biography, and most recently, America's Unwritten Constitution: The Precedents and Principles We Live By.  Sponsored by the Ethics Institute and co-sponsored by the Nelson A. Rockefeller Center for Public Policy and the Social Sciences.  Watch the lecture.

Ken Feinberg is an American attorney, specializing in mediation and alternative dispute resolution. Feinberg was appointed Special Master of the U.S. government's September 11th Compensation Fund  and served as the Special Master for TARP Executive Compensation, popularly called the "pay czar." Feinberg recently served as the government-appointed administrator of the BP Deepwater Horizon Disaster Victim Compensation Fund. Feinberg was appointed by the Commonwealth of Massachusetts to administer the One Fund—the victim assistance fund established in the wake of the 2013 Boston Marathon bombings. Most recently, Feinberg was retained by General Motors to assist in their recall response.

Watch an interview with Ken Feinberg.