A session was devoted to each of the following cases:

The Court will decide whether Trump’s immigration ban is a violation of the Establishment Clause of the Constitution.

Facilitated by Professor Sonu Bedi, Department of Government on January 17, 2018

The Court will decide whether wedding cake bakers have a constitutional right to refuse to serve same sex couples for religious reasons.

The Court will decide whether the government violates the Fourth Amendment of the Constitution by accessing a cell phone’s GPS location without a warrant.

The Court will decide whether political gerrymandering—crafting districts on the basis of political affiliation—violates the Equal Protection Clause of the Constitution. 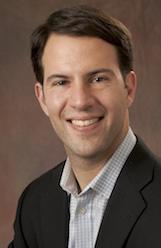 Nicholas is a professor of law and the Herbert and  Marjorie Fried Research Scholar at the University of Chicago.  His research and teaching interests include election law, constitutional law, legislation, administrative law, comparative law, and local government law. His academic work has appeared in, among others, the Columbia Law Review, Harvard Law Review, NYU Law Review, Stanford Law Review, University of Chicago Law Review, University of Pennsylvania Law Review, Virginia Law Review, and Yale Law Journal. He has also written for popular publications including the New York Times, the Los Angeles Times, the Chicago Tribune,the Atlantic, the New Republic, Slate, and Vox. He has been involved in several litigation efforts as well, including the first successful partisan gerrymandering lawsuit in more than thirty years.

Before joining the Law School faculty, he was an Associate-in-Law at Columbia Law School. He previously worked in the Washington, DC office of Jenner & Block LLP, where his practice focused on complex federal litigation, appellate advocacy (including ten Supreme Court briefs), and election law (particularly redistricting and campaign finance). Before entering private practice, he clerked for Judge Raymond C. Fisher of the Ninth Circuit Court of Appeals. 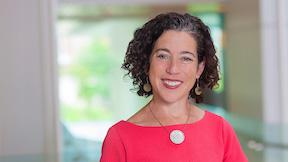 Jennifer is an Associate Professor of Law at American University Washington College of Law, where she teaches and writes in the fields of criminal, national security, and constitutional law. She is on academic leave from 2016-2017, and has received an Open Society Institute Fellowship to work on issues related to privacy and law enforcement access to data across borders. From 2009-2011, Daskal was counsel to the Assistant Attorney General for National Security at the Department of Justice. Prior to joining DOJ, Daskal was senior counterterrorism counsel at Human Rights Watch, worked as a staff attorney for the Public Defender Service for the District of Columbia, and clerked for the Honorable Jed S. Rakoff. She also spent two years as a national security law fellow and adjunct professor at Georgetown Law Center.

Daskal is a graduate of Brown University, Harvard Law School, and Cambridge University, where she was a Marshall Scholar. Recent publications include Law Enforcement Access to Data Across Borders: The Evolving Security and Rights Issues (Journal of National Security Law and Policy 2016); The Un-Territoriality of Data (Yale Law Journal 2015); Pre-Crime Restraints: The Explosion of Targeted, Non-Custodial Prevention (Cornell Law Review 2014); and The Geography of the Battlefield: A Framework for Detention and Targeting Outside the ‘Hot’ Conflict Zone (University of Pennsylvania Law Review 2013). Daskal has published op-eds in the New York Times, Washington Post, and International Herald Tribune and has appeared on BBC, C-Span, MSNBC, and NPR, among other media outlets. She is an Executive Editor of and regular contributor to the Just Security blog. 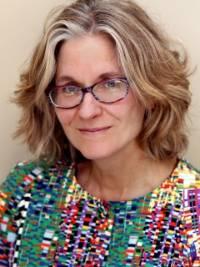 Linda is Professor of Law and Paul M. Siskind Research Scholar at Boston University School of Law, and affiliated faculty with Boston University’s Kilachand Honors College and Women’s Gender and Sexuality Studies Program. She teaches family law, feminist legal theory, and gender and law, and, in the Honors College, a freshman seminar on “Marriage, Families, and Gender.” In 2016-2017, she was a Laurance S. Rockefeller Faculty Fellow at the University Center for Human Values, Princeton University, where she worked on her current book project,  Bigotry, Conscience, and Marriage: Past and Present Controversies (under contract with Oxford University Press). The book examines puzzles about bigotry and focuses on the rhetoric of bigotry and conscience in controversies over interracial, interfaith, and same-sex marriage and controversies over religious liberty and “conscience-based” exemptions from antidiscrimination laws.

A major theme in Professor McClain’s scholarship is the respective roles of the institutions of civil society and government in fostering persons’ capacities for democratic and personal self-government, as in her book, The Place of Families: Fostering Capacity, Equality, and Responsibility (Harvard University Press, 2006). Problems of gender equality are also a focus, as in Gender Equality: Dimensions of Women’s Equal Citizenship (Cambridge University Press, 2009) (co-edited with Joanna Grossman). Her work examines the relationship between constitutional rights and responsibilities and the contours of a constitutional (civic) liberalism, informed by feminist and civic republican critiques, as in Ordered Liberty: Rights, Responsibilities, and Virtues (Harvard, 2013) (with James E. Fleming). Other books include:  Gay Rights and the Constitution (Foundation Press, 2016) (co-authored with Fleming, Sotirios A. Barber, and Stephen Macedo); and What is Parenthood? Contemporary Debates About the Family (NYU Press, 2013 (co-edited with Daniel Cere).  Professor McClain is the author of many law review articles and book chapters. She received her A.B. (with high honors in religion) from Oberlin College; an M.A. in Religious Studies from the University of Chicago Divinity School; a JD from Georgetown University Law Center, and an LL.M from New York University. She is a member of the American Law Institute. Professor McClain is a former Faculty Fellow in the Harvard University Center for Ethics and the Professions (now the Safra Center) and has taught as a visiting professor at Harvard Law School, Penn Law School, and University of Virginia.