The lab will share interactive data tracking polarization in the U.S. in real time. 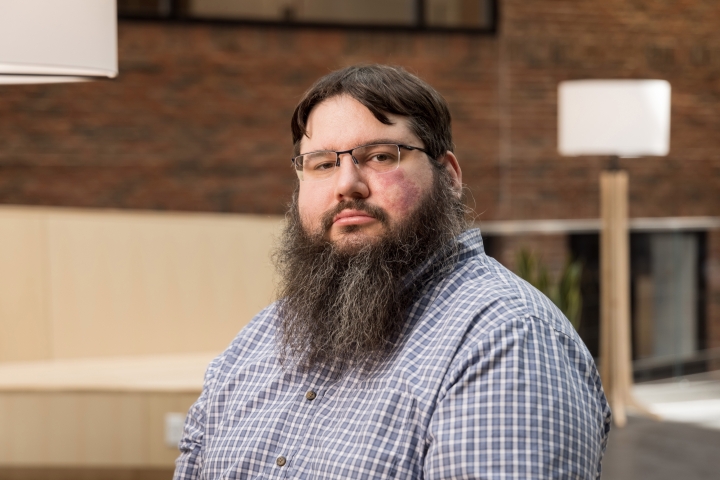 To understand where partisan animosity comes from and what can be done to address it, Sean Westwood, an associate professor of government, and researchers from the University of Pennsylvania and Stanford University have teamed up to launch the Polarization Research Lab.

Survey and experimental data show that average citizens often don’t understand the political positions of their party and don’t follow current debates in Washington. Surveys show many political partisans now hate and are willing to discriminate against those of the opposing party. Americans hold more negative views toward the political opposition than at any point in the last 50 years, with polarization spilling over (PDF) into completely apolitical aspects of day-to-day life, according to a paper by Westwood and Shanto Iyengar at Stanford University, who is also part of the new lab. Yet we don’t know what is causing these changes in American society, Westwood says.

We’re not interested in helping Democrats or helping Republicans gain an advantage over their political rivals. Our goal is to improve the state of American democracy.

The nonpartisan lab will focus on three interconnected phenomena: the extent to which individuals like their own party and strongly dislike the other, known as affective polarization; support for the violation of democratic norms; and support for political violence.

To consider how affective polarization might impact your behavior, the lab poses the following questions: Would you accept your son or daughter marrying a partner of the opposing party? Would you hire someone who doesn’t share your political beliefs? How willing would you be to accept deviation from democratic norms by policymakers to advance your party’s goals?

“We’re not interested in helping Democrats or helping Republicans gain an advantage over their political rivals. Our goal is to improve the state of American democracy,” says Westwood, who will lead the new lab. “To do this we must first understand what is causing the growth of political animosity in this country. Ultimately, I think the key to help our nation is to step back from the parties and focus on things that we all have in common.”

As part of its work, the Polarization Research Lab plans to conduct the largest survey investigation of partisan animosity in America to date. Through 156,000 survey interviews over the next three years, the lab will track how citizen attitudes vary over time and how they correspond to the actions of federally elected officials (“elites”). This will enable the researchers to track how elite animosity causes citizen animosity, how major news events may cause citizen animosity, and how these things may work together.

“Simultaneously tracking elite rhetoric and public opinion gets us closer to understanding both the causes and the effects of mass polarization. If, as we suspect, policymakers and cable news pundits are driving dynamics in polarization, we can design interventions that change how people consume such polarizing information,” says Yphtach Lelkes, an associate professor of communication at the Annenberg School for Communication at the University of Pennsylvania.

The Polarization Research Lab will make its data available to other academics, students, and the general public in real time through a free interactive dashboard. The dashboard will allow users to select the variables that they are interested in, such as finding out where polarization is highest and lowest in the U.S. by state and generate a visualization. As part of the lab’s commitment to making its information useful and accessible, plain English summaries about the lab’s work will also be available in addition to raw tabular data.

One of the lab’s objectives is to build relationships between community-based organizations, practitioners, and academics. The researchers are especially interested in engaging community organizations that work with rural citizens, veterans, and religious groups.

“A lot of the work that we plan to do is going to require face to face engagement,” says Westwood. “These are complex interactions that can only be established by partnering with community organizations, so we want to not only provide information to these organizations but also build relationships that will help us conduct research.”

Westwood says, “Academics can create rigorous designs to change or lessen political animosity, but it is community organizations who will need to deploy these interventions at scale.”

As part of its mission, the Polarization Research Lab plans to provide research support to community organizations and the next generation of scholars working on these issues. Through annual meetings, the lab will share its findings and strategies with leading scholars, graduate and postdoctoral students, and community practitioners who are working to understand and reduce partisan animosity.

“The creation of the new lab is especially timely in the aftermath of polarizing decisions by the U.S. Supreme Court and as the 2022 election season approaches,” says lyengar, the William Robertson Coe Professor and professor of political science in the School of Humanities and Sciences at Stanford University.