Will the Texas Abortion Law Stand?

Posted on September 22, 2021 by Charlotte Albright 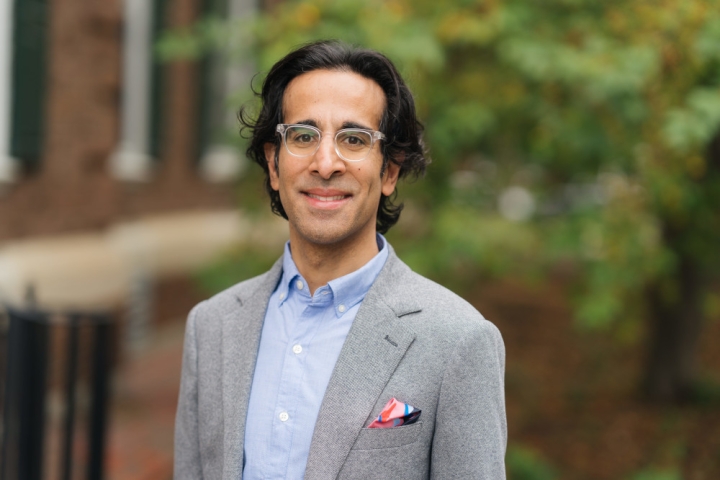 On Sept. 1, a controversial law took effect in Texas that will ban abortions as early as six weeks into pregnancy, before many people even know they’re pregnant. The law is unusual because state government will not be involved in enforcement. Instead, private citizens may sue abortion providers and anyone else who aids or abets an abortion after a fetal heartbeat is detected. Sonu Bedi, the Joel Parker 1811 Professor in Law and Political Science and the Hans ’80 and Kate Morris Director of the Ethics Institute, spoke to Dartmouth News about the questions raised by the Texas law.

Roe v. Wade is the Supreme Court’s 1973 ruling preventing the government from banning or regulating abortion during the first trimester of pregnancy. Does the Texas ban skirt Roe v. Wade, or challenge it?

Various state laws have been passed since Roe v. Wade that have sought to prohibit a woman’s access to abortion prior to viability, and they’ve all been inconsistent with that 1973 ruling. This Texas law is just the most extreme example, because its enforcement is placed with private individuals rather than the state. That makes it difficult for a court to grant an injunction against the law, because there is no state entity to enjoin. The law could eventually be struck down, because private enforcement is probably going to create all kinds of issues. But for now it has a chilling effect, because folks are not likely to engage in abortion services under the threat of a civil lawsuit.

The Supreme Court has so far refused to grant an injunction. Is that the last word on this law, because the Court cannot determine whom to enjoin?

Depending on what happens, the Supreme Court will end up reviewing the law on its merits. Even they made clear in not granting the injunction that they were not ruling on the law’s constitutionality.

It’s important to recognize that even though abortion is a politically divisive issue, this divisiveness is taking place within a framework that arranges and limits public power.

Attribution
Sonu Bedi, the Joel Parker 1811 Professor in Law and Political Science and the Hans ’80 and Kate Morris Director of the Ethics Institute

How much of the legal battle over abortion will find its way into your classroom this year?

In the classroom, we look at how the Constitution works, whether we’re Democrats or Republicans. At the Ethics Institute, we have a law and ethics fellowship program where we bring legal experts in to discuss pending cases. We haven’t decided which ones yet—depending on what happens, it could be the abortion case. It’s important to recognize that even though abortion is a politically divisive issue, this divisiveness is taking place within a framework that arranges and limits public power. I want students to appreciate the science of the Constitution and also its implications for politics, without conflating them.

Other states are passing antiabortion laws. What are their legal prospects?

I believe there are more than 20 states that in some way have tried or are trying to restrict abortion. Many of these laws have been enjoined by federal courts saying that they are in conflict with Roe v. Wade. This Texas law, precisely because it has this sort of novel enforcement mechanism, has evaded this preliminary injunction phase. But there’s a test case coming out of Mississippi, and that is the case that the Supreme Court has taken. In that case, the state prohibits abortions prior to viability. So that’s going to be the vehicle by which the Court is going to make clear whether they’re going to overturn Roe, or whether they’re going to clarify the liberty to access to abortion, without an undue burden, prior to viability.

Could you imagine a scenario where the Mississippi law is overturned because it directly comes into conflict with Roe v. Wade and yet the Texas law is allowed to stand because of its unusual enforcement mechanism?

So for the DOJ to prevail in its challenge to the Texas law, the Supreme Court wouldn’t even have to consider Roe v. Wade?

Correct. The decision could turn on this idea that the federal government is supreme over states. The DOJ does sue states. But outcomes differ, depending on the case. For example, the state of California passed legislation saying that they are not going to cooperate with the federal government in terms of immigration, in terms of undocumented immigrants. Under the Trump administration, the DOJ sued the state of California for being a sanctuary state. There, the Ninth Circuit said no, holding that states cannot be commandeered to execute federal policy. All of these issues arising under the Constitution are arising under this framework that arranges and limits public power.